The fundraisers are painting and drinking events hosted by numerous Pinot’s Palette studios from coast to coast. Proceeds from these Painting It Forward events will be donated to a nonprofit Hurricane Harvey relief fund, such as Global Giving and the American Red Cross. Some studios are also collecting food, diapers and other supplies to send to relief organizations in the Gulf Coast. Attendees can find donation details on each studio’s Painting It Forward event page at www.PinotsPalette.com/harvey-relief.

“The support we’ve seen from our franchise owners, studio managers and artists nationwide has been indescribable. While our Gulf Coast team members were still dealing with floodwaters, our franchisee network organized relief efforts overnight,” said Charles Willis, co-founder and president of Pinot’s Palette. “We are so proud to be part of a system of people across the country who are so giving, so enterprising, so kind-hearted and so passionate.”
gi
These paint and sip events will feature a custom painting, United We Stand, which was created during the hurricane by a Pinot’s Palette studio manager in Bricktown, Oklahoma. The painting features a sunset that is reminiscent of the American flag.

In addition to Painting It Forward events, the public can donate directly to Harvey relief when signing up online for any Pinot’s Palette painting events in September. A voluntary donation box at checkout sends a $5.00 donation directly to Global Giving’s Hurricane Harvey Relief Fund. Global Giving works with well-vetted, locally-based charities to meet disaster victims’ immediate, mid-term and long-term needs over time. Additional information about its Harvey relief efforts is available at www.globalgiving.org/projects/hurricane-harvey-relief-fund. 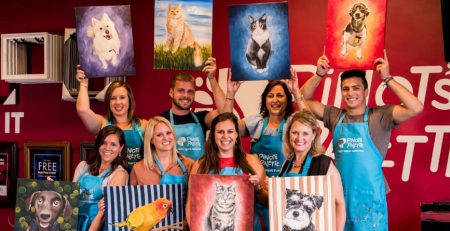 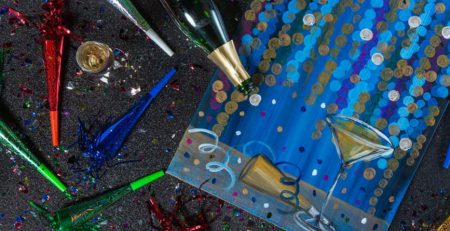 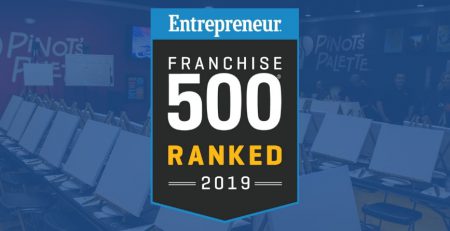 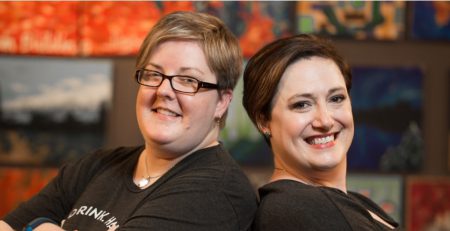 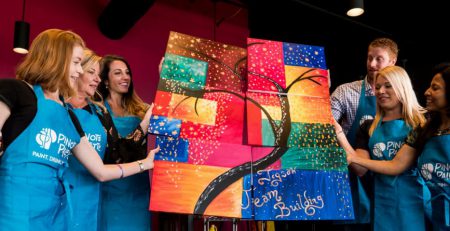